NEW YORK: The Green Climate Fund (GCF) is edging toward its US$10 billion goal with new contributions from the US and Japan, further bolstering chances of progress at UN climate talks next month.

This weekend US President Barack Obama pledged US$3 billion andJapanese Prime Minister Shinzo Abe promised US$1.5 billion a day later at the G20 meeting of world leaders, which was hosted in Brisbane, Australia. The statements came ahead of the GCF’s pledging session which takes place on November 20 in Berlin, Germany, where additional countries are expected to announce their pledges too.

The Fund will begin operating once it reaches its target of US$10 billion, and these new commitments add to early pledges from 11 other countries to raise the total to US$7.5 billion.

Canadian Prime Minister Stephen Harper also suggested his support late last night and UK Prime Minister David Cameron is expected to announce a US$1 billion pledge this week. The Fund is yet to receive commitments from several countries including Australia, Italy, Norway and Spain.

Héla Cheikhrouhou, Executive Director, GCF, shared her hopes for further momentum in a statement: “I am optimistic that such consensus statement by the leaders of the Group of Twenty [G20] will translate into further significant contributions by those members who have not yet announced their pledge to the Green Climate Fund.”

The G20 meetings where the new pledges were made focused heavily on climate change, despite expectations the spotlight would be strictly dedicated to economic growth for political reasons.

In a Communique released by world leaders following the discussions, the GCF is highlighted as part of the group’s reaffirmed support for climate action as well as a global deal: “We support strong and effective action to address climate change. Consistent with the United Nations Framework Convention on Climate Change (UNFCCC) and its agreed outcomes, our actions will support sustainable development, economic growth, and certainty for business and investment.

“We will work together to adopt successfully a protocol, another legal instrument or an agreed outcome with legal force under the UNFCCC that is applicable to all parties at the 21st Conference of the Parties (COP21) in Paris in 2015. We encourage parties that are ready to communicate their intended nationally determined contributions well in advance of COP21 (by the first quarter of 2015 for those parties ready to do so). We reaffirm our support for mobilising finance for adaptation and mitigation, such as the Green Climate Fund.”

The Fund will use financial instruments including private sector capital and the cultivation of stronger policies to aid developing countries in tackling climate change and developing its low carbon economy.

First called for in the 2009 Copenhagen Accord as part of an agreement to recognize developing countries’ climate action – including big emitters like Brazil, China and India – by boosting funds to US$100 billion a year by 2020, the Fund was preceded by the World Bank’s Climate Investment Funds, which received contributions from several major countries, including a US$2 billion pledge from the Bush Administration in the US.

By helping reduce some of the most dangerous impacts of climate change and providing stability in risky regions, the GCF is widely seen as critical for progress toward securing a global climate deal at talks in Paris next year.

The pledges come days after the US and China announced a surprise “game-changing” climate deal, following growing climate leadership from both countries over the previous 18 months.

In a White House release, the US government draws attention to its continued leadership and states that its latest move should spur other nations to follow suit. It reads: “Today’s announcement builds on a history of collective leadership by the United States, Japan, and other countries to support resilient and low-carbon development around the world. In 2008, our countries jointly spearheaded the establishment of the Climate Investment Funds (CIFs). Our pledges to the GCF are a continuation of that spirit of leadership. The GCF will mobilize investment from the private sector, whose resources and expertise will be essential to meet the climate challenge.

“We encourage all countries that are able to join us in pledging to the GCF. We will continue working with our partners on the GCF Board and other stakeholders to make the GCF fully operational and ensure that it is an efficient and effective channel for climate finance.”

Amy Davidsen, US Executive Director, The Climate Group, said: “These new pledges spark further hopes for an agreement on emissions reductions to be achieved at COP21 in Paris, and show the US Administration is serious about leading on its climate commitments. Hopefully additional countries will also be encouraged to up their own climate commitments and accelerate their transition to prosperous, low carbon economies.”

But warning President Obama must now focus on ensuring the GCF pledge is implemented fully, Evan Juska, Head of US Policy, The Climate Group, added: “The US$3 billion pledge, if allocated over four years as reported, would be consistent with the level of previous US contributions to international climate finance, which have averaged about $870 million per year. But the new pledge could be even more difficult to fulfill. Previous Administration requests for climate finance have been reduced by about a third on average in the final budget, and a newly Republican-controlled Congress could call for even greater cuts.

“In order for the US to make good on this promise, the President will likely need to make it a priority in the budgeting process.”

Last week we urged world leaders at G20 to put climate change high on their agenda, because it is not only an environmental issue, but fundamentally an economic one.

Mark Kenber, CEO of The Climate Group, said: “Almost irrespective of the environmental benefits, the case for a low carbon future is a strong economic one. The clean energy and technology sectors are driving growth and job creation at a rate greater than the rest of the economy as a whole. It is where our best hope for recovery and continued prosperity now lies.

“G20 leaders should provide the confidence needed by governments and the private sector, in order to help them move investments away from fossil fuels and achieve the successful transition to a low carbon economy whichbuilds resilience against climate impacts and creates jobs.”

The Green Climate Fund will hold its High-Level Pledging Conference this Thursday in Berlin, in light of an early pledge by the German government to the Fund. More than 20 countries are expected to attend. (PRWEB) September 07, 2012 If the only “sure things” in life are death, taxes and the price of oil going up, then you won’t want to miss the upcoming Alternative… 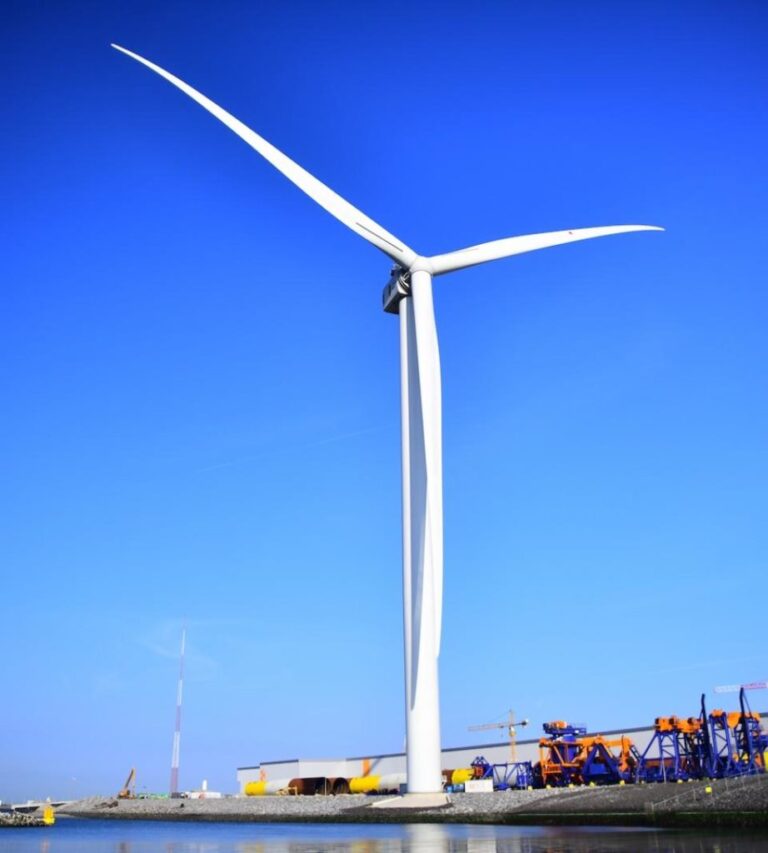 GE Renewable Energy’s prototype Haliade-X offshore wind turbine, the most powerful in the world, has reached a production output of 14 megawatts, the company announced Tuesday. Initially certified for 12…